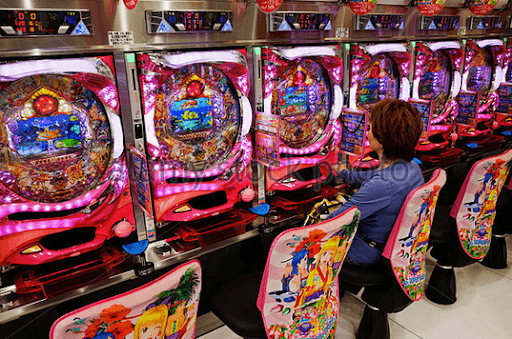 If you visit Japan, you will almost certainly come across a Pachinko parlour at some point. In fact, you will most likely hear it long before you see it!

Put simply, Pachinko is a type of pinball/arcade/gambling machine that involves lots of steel balls falling, very noisily, through an arrayed pattern of pins, openings, and baskets. Like pinball, the balls are launch by spring-loaded mechanism controlled by the player. Unlike pinball, however, the game is vertically positioned, and the balls are launched continuously. The player can potentially use hundreds of balls in a single sitting – with the hope of winning a lot more balls in return.

The aim is to get the balls into the various baskets and openings positioned amongst the array of pins which act as obstacles. Success will either award a payout of more balls, or perhaps launch the player into an exciting mini-game within the game.

The balls can then be redeemed for prize items, and the more balls that are won, the bigger the prize can be.

The History Of Pachinko

The roots of the game come from Chicago, USA, in the early 20th century, and it was derived from an early version of pinball called “Bagatelle”, in particular a simplified children’s version called the “Corinth Game”.

In the 1920s it reached Japan, where it instantly became a hit. At first it was mainly featured in sweet shops to attract children, and was nickname “Pachi Pachi”, which referred to the continuous rattling/clicking noises of the steel balls as they passed through the machine.

Over the years, though, the game began to attract the attention of adults, and in the 1930s a new adult version was made that featured a larger and more complex upright board with more pins and baskets.

So, the game remained for many years, steadily growing in popularity in Japan, until the 1980s, when “Pachinko”, as it was now popularly called, became electronic. With the addition of colourful lights, music, and a variety of fun new features, Pachinko was now firmly cemented as the nations all-time favourite gambling game.

Over the decades, Pachinko has continued to evolve and become more and more complex, with many new variations in layouts and new features added, such as video screens and mini-games.

Japanese law doesn’t allow cash gambling. However, a certain loophole in the law does allow the prizes to be exchanged for special tokens at the parlour, which can then be sold to off-site vendors for cash. 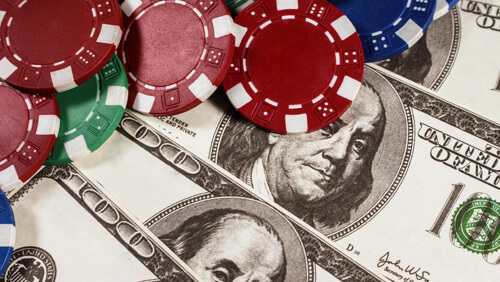 The amounts are generally small in comparison with the extent of gambling winnings in other parts of the world, however the sheer popularity of the game in Japan has made it an immensely profitable market for the country and is said to make up a whole 4% of Japan’s annual GDP.

In fact, as of a 2015 survey, Pachinko, believe it or not, is reported to generate more revenue than all of the Las Vegas, Macau, https://canadiancasinosites.org/review/jackpotcity/ and Singapore casinos combined! Now there is some food for thought.

Ever since its well-received launch into the world of online gaming, bingo’s classic appeal and enjoyable gameplay has gained huge END_OF_DOCUMENT_TOKEN_TO_BE_REPLACED

Goldilocks slot is a very cartoon style, bright looking slot with a number of extra features including free spins and END_OF_DOCUMENT_TOKEN_TO_BE_REPLACED Baccarat, literally translated as ‘zero’, is a casino card game, and both the traditional game and online baccarat are enormously END_OF_DOCUMENT_TOKEN_TO_BE_REPLACED

The human brain is an immensely complex and powerful thing, and there are many aspects of ourselves, and the inner END_OF_DOCUMENT_TOKEN_TO_BE_REPLACED