White King is a high quality online slot game produced by Playtech, the online casino software development company. The theme of this game is all about the majestic White lion who is the self-proclaimed king of the wild. The backdrop to this game is an expansive view of the grassy savannah plains. With the sun setting behind the rugged mountains, the colourful sharp images show that Playtech have put a lot of effort into making this a high quality slot. The graphics and animation are top-class and the subtle but soothing sound effects are used effectively to create an entertaining and immersive gaming experience.

40 Payline slot with a Lion Theme

The slot setup in White King boasts 5 reels with 40 paylines in which to create a winning combination at online or mobile casino sites. The game itself features wild symbols, scatter symbols, a free spin bonus round and a slot jackpot of 1000 coins on a standard bet. On the reels, players will find a host of symbols all relating to the king of the beasts. Some of the highest paying symbols include lion cups, an eagle carrying a golden scroll, a lioness, a golden crown as well as the white lion himself. Completing the reels are the standard high card symbols stylised to blend in with the rugged African theme.

For seasoned slot fans, the White King online slot game incorporates a number of features that can speed up the game tempo. The auto spin feature gives players the opportunity to preselect the number of spins they would like the slot to play before stopping. The number of auto spins selected can range from 10 spins all the way up to 99 spins. For those players who want just cannot wait for the reels to stop spinning, Playtech have installed a turbo button at the bottom of the screen. Players can switch on or off the turbo button at any time. With the turbo button turned on, the time it takes for the reels to spin and come to a stop is halved.

Small Fortune is a non progressive online slot by Real Time gaming. It is set in a park and bases END_OF_DOCUMENT_TOKEN_TO_BE_REPLACED 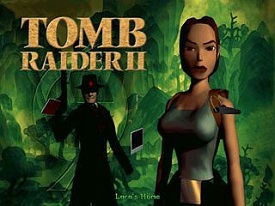